The System (a.k.a. the Regime of Accumulation, a.k.a. Mode of Exploitation) refers to the legal, political, educational, police/military, and ideological systems tasked with enabling the economic and sexual exploitation of the masses, and with propagating and maintaining a particular exploitative world order.

The System > Mode of Exploitation, Regime of Accumulation, Système Ancien, The Matrix

An excellent overview of how the rich rig The System to benefit them is provided by economist Dean Beaker.[1]

Ruyle uses the phrase Mode of Exploitation to refer to The System. Ruyle breaks the mode of exploitation down into three interrelated systems, Exploitative Techniques, Mechanism of Force, and Ideological Institutions. Each of these systems work together to enable and propagate the exploitation fo the masses. His schema is a useful wayt to conceptualize the system.

The System encourages compliance and violence: Zimbardo, of Stanford Prison Experiment fame, speaks of a part of the System that aims at encouraging people towards compliance and violence. "However, I would have missed the big picture, the bigger power for creating evil out of good—that of the System, the complex of powerful forces that create the Situation."[2] His book details the forces that cause good people to do bad things.

Zimbardo notes, in the case of Nazis and their mass murder, that getting people to do evil things involves casting the opponent as an evil enemy, and then giving official "permission" to carry out sadistic acts. [3]. The tools for labelling others as evil enemies, and the ideological underpinning that facilitates permission, can be found in the Old Energy Creation Template

This meme from Reddit sums it up quite nicely. https://www.reddit.com/r/antiwork/comments/jm0b0v/2real4me/

For more on the current Regime of Accumulation, read

The Real Lord of the Flies https://getpocket.com/explore/item/the-real-lord-of-the-flies-a-survivor-s-story-of-shipwreck-and-salvation?utm_source=pocket-newtab 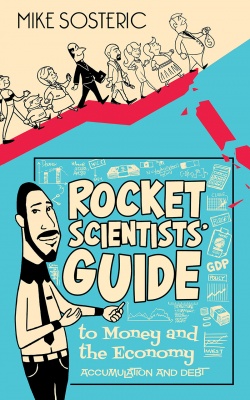