The Pyramid is a basic symbol used by the ruling class and its peons to refer to a hierarchy of wealth and privilege. Lower levels on the pyramid represent lower social/economic classes.

The pyramid is sometimes represented with an eye at the top. The eye symbolizes the notion that it is only the social class at the very top which that the complete truth about the world, which his that that we are all enslaved by a specific Regime of Accumulation. 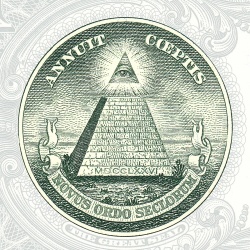 Parenthetically, "Novus Ordo Seclorum" means new order of the ages. This refers to the fact that the Regime of Accumulation implemented in the United States would be different than the Feudal/European version, thus representing a "new world order" or new ROA. Despite being "new," however, the U.S. system is still a very effective ROA.

In the graphic below, the pyramid is represented in a critical way, showing how the various social classes benefit from, are complicit in, and work to reproduce, The System. 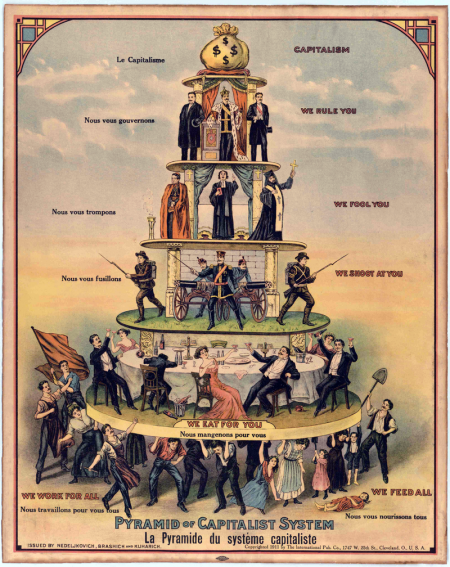