The Hierarchy of Cognitive Needs is Abraham Maslow's second hierarchy of needs.[1] [2] It includes the biological Need to Know and Need to Understand. 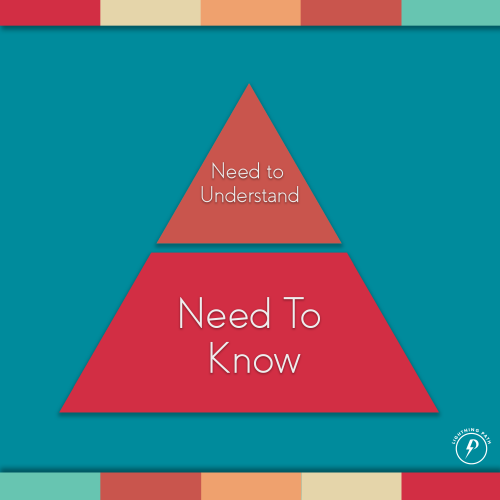 No doubt Maslow based his statement of the existence and significance of cognitive needs on his clinical evidence, these needs are self evident in every small child. The need to know is on display in children at a very early age. As Maslow says, this is the "basic desire to know, to be aware of reality, to get the facts, to satisfy curiosity, or as Wertheimer phrases it, to see rather than to be blind." (Maslow, 1943, p. 385). On the need to understand, Maslow observed that "even after we know, we are impelled to know more and more minutely and microscopically on the one hand, and on the other, more and more extensively in the direction of a world philosophy, religion, etc." (Maslow, 1943, p. 385). In other words, it was never enough to just know something, we also had to understand. According to Maslow, "The facts that we acquire, if they are isolated or atomistic, inevitably get theorized about, and either analyzed or organized or both. This process has been phrased by some as the search for 'meaning.' We shall then postulate a desire to understand, to systematize, to organize, to analyze, to look for relations and meanings"(Maslow, 1943, p. 385). Maslow notes of the need to know and the need to understand, "we see that they too form themselves into a small hierarchy" (Maslow, 1943, p. 385).