The term The Family refers to the ruling classes of this planet. These are the people who own and manage the planet's productive apparatus, it's resources, its media systems, school systems, religious and spiritual systems, and so on. [1]

The ruling classes may be referred to as The Family in as much as they share the same goals and values, are interlinked through their communication networks, and all participate in interconnected hierarchies of accumulation, control, and exclusion.

Considerable effort is placed into the proper socialization of elites. In order to ensure the ruling classes to operate efficiently, elites must, for the most part, think the same. In order to ensure that, elite children are socialized in a separate school system which the general public cannot afford.

Socialization of elites is an ongoing concern. Understanding of The System is constantly developed in insulated and exclusionary institutions (clubs, etc.) designed to extend primary socialization and reinforce systems of power and privilege.

Elites can sometimes "wake up" and change their ways (Sosteric, 2017b).

Also, check out this awesome Netflix documentary entitled The Family 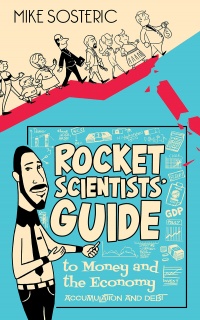