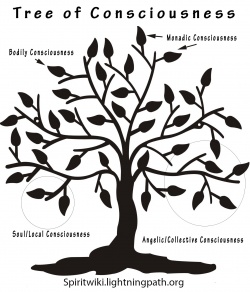 Monadic Consciousness, which is [True Conscousness]], may be distinguished from Bodily Consciousness (i.e. Bodily Ego) of the Physical Unit), which is a neuro-physical epiphenomenon.