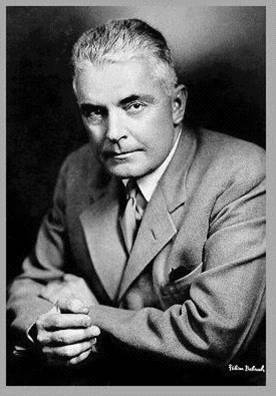 John B. Watson (January 9, 1878 – September 25, 1958) was an American Psychologist who is credited as a core developer in the branch of radical Behaviorism within the psychology discipline. Watson entered Furman University at the young age of 16 years and completed a master’s degree at the age of 21. Watson then entered the University of Chicago and graduated with his PhD in 1903 (age 25). His PhD dissertation focused upon animal behavior, specifically the White Rat’s psychical development in relation to growth of its nervous system.

In 1908, Watson assumed the position of a psychology professor at the John Hopkins University. Here, he advanced his theory in behaviorism. The central concept of the theory entails that our behavior is driven by environmental factors exempting all other factors as influences. In sum, all stimuli provoke a specific response set of learned behaviors. Learning is a result of an experience, thinking about that experience, and associating sequential events. Because behavior is objective and overt, the human psyche plays no role in contributing to behavior (from the behaviorist perspective).

A controversial experiment conducted by Watson and his research assistant, Rosalie Rayner, at John Hopkins University involved inducing fear in a small child, named Albert, from a white rat. The enfant (approximately one year old) was exposed to a white rat that he played with and showed no fear. Later, the white rat was introduced with frightening loud noises. Soon enough, Albert would show fear at the sight of the white rat as he expected that there would also be an accompanying loud unpleasant noise. This sequence of behavior is referred to as classical conditioning.

“Give me a dozen healthy infants, well-formed and my own specific world to bring them up in and I’ll guarantee to take any one at random and train him to become any type of specialist I might select — a doctor, lawyer, artist, merchant-chief and, yes, even into a beggar-man and thief regardless of his talents, penchants, tendencies, abilities, vocations, and race of his ancestors.” -Watson, on Behaviorism, 1926.